Seaworld Hybrid orcas, no conservation value what so ever


As so many misleading things are being put forward by both Seaworld and their supporters, I thought it wise to correct those issues as they come along, this one being Pro Conservation.

If Seaworld were pro conservation then they would never have created the hybrid's they have in their orca tanks. These prove beyond any shadow of doubt that conservation is the bottom of the list and the shows and keeping people coming through the gate is at the top, otherwise why create a breeding programme which has NO CONSERVATION VALUE WHAT SO EVER. Those hybrids can never go back to the open ocean to preserve the wild populations as they have no equivalent in the wild and that is not what a breeding programme is supposed to be all about.

13 of Seaworld orca's shouldn't be here as Icelandic and Southern/Northern residents and transients would not mate,  1 is a full inbred and one is a product of uncle and niece inbreeding. Even the newest additions to the tanks are Hybrid and Kalia's new baby will be hybrid as she is too.

In any other institution animals with no conservation value what so ever would end up with a Marius the giraffe situation, despite having to register births and deaths, Seaworld are still allowed to manage their own stud book.

During the recent voice of san diego debate Dr Robeck stated that Seaworld have had 29 successful births, a figure he seems proud of, yet the total number of orcas is only 29, so what does that say about the death rate???

Note there are no Southern Residents left as apart from Lolita those captured by Seaworld in Puget Sound are all dead.

Kalia is a very dominant orca. She will often rake the more submissive orcas, especially Ulises and Ikaika. She is the dominant orca's calf so she can get away with more and has a higher rank in the pod though Kasatka will discipline her if she wants too.
She has never shown aggression towards her trainers but was stopped from doing waterworks because of her dominant nature

Keet is very submissive and bullied terrible by the others his skin is covered in deep rakes.

Tuar is particularly dominant for a male orca.

Keto violently killed his trainer -
The autopsy report on Martínez was telling and states bluntly that his was a “violent death.” It describes multiple cuts and bruises, the collapse of both lungs, fractures of the ribs and sternum, a lacerated liver, severely damaged vital organs, and puncture marks “consistent with the teeth of an orca.” It concludes that the immediate cause of death was fluid in the lungs (i.e., drowning) but that the fundamental cause was “mechanical asphyxiation due to compression and crushing of the thoracic abdomen with injuries to the vital organs.” In other words, at some point Keto probably slammed into Martínez with such force that he caved in his chest


Skyla  often shows her dominance towards the other orcas. She has also been involved in incidents with trainers and was stopped from performing waterworks.
Incidents
In the spring of 2009, during a public show, 5-year-old female Skyla started pushing her trainer around the pool and up against the pool wall. Shortly thereafter, special protocols (limits on water work and a mandate that only senior trainers work with her)

Tekoa - A trainer at the Loro Parque theme park on Tenerife is in hospital after she was injured this weekend during a training session with 6-year-old male Tekoa at the centre in Puerto de la Cruz. The Canarias 7 newspaper says the incident happened at the pre-show warm up on Saturday, when the orca crashed into the trainer, injuring her right lung and breaking her forearm in two places. She was rescued by two colleagues after the marine mammal dragged her down to the bottom of the pool. The trainer is now said to be stable after surgery on Saturday. Later it becomes know that the injured trainer is 29-year-old biologist Claudia Vollhardt from Germany, who has worked at the park since 2003. OME News write that it was a male orca that hit the trainer and dragged her down after the impact. Then that same animal grabbed the trainer by the arm and brought her back up to the surface.

Of the 4 orca sent to Loro Parque, 3 were hybrid (Icelandic/Resident mixes) 1, Kohana is Icelandic. the only animal the Loro Parque trainers can work with is Kohana.

Adan, Makani and Kamea are also Hybrid, so have Seaworld made a huge mistake in breeding this orca's like this?  I personally think they have and 3 more are now growing up, for the trainers sake lets hope they don't follow the other Hybrids.

The experiment in my opinion had failed miserably and the breeding programme needs to be stopped as the only way forward is to constantly AI the orca's and for what, to keep the captive pool full.

If they were releasing and rehabilitating and stabilizing the wild population then fair enough, but the ONLY reason they are breeding is to provide more animals for the show.

It is time they concentrated on what they profess to be specialist in, rescue, rehabilitation and release and start showing the world what they are capable of by working with other scientists and getting these poor creatures out of the tanks. They have more than served their time. 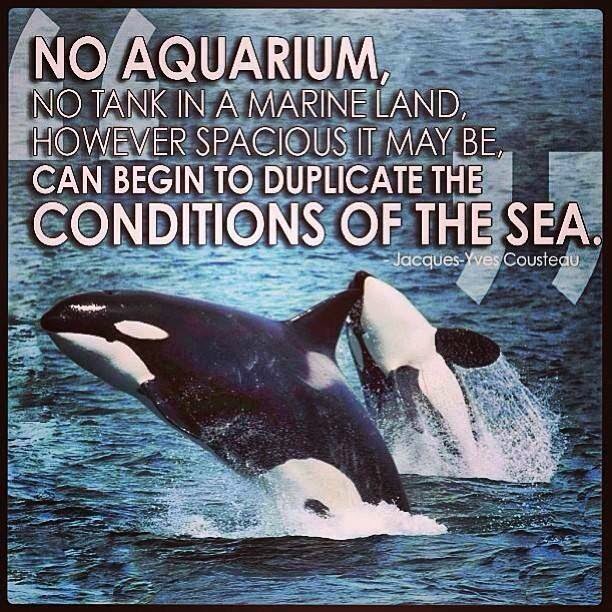