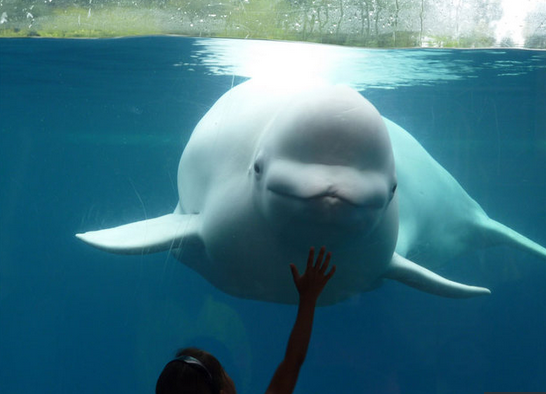 ..VANCOUVER — A beluga whale from the Vancouver Aquarium that had been living at a SeaWorld in Florida has died.
Orlando SeaWorld posted a statement on its Facebook page Friday confirming the death of Nanuq, a male beluga estimated to be around 31 or 32 years old.
SeaWorld says Nanuq was being treated by veterinarians for an infection associated with a fractured jaw, an injury that resulted from an “interaction between two animals that were part of a compatible social group.”
The cause of death is not yet known, and a post-mortem examination has been scheduled, although results are not expected for six to eight weeks.
The Vancouver Aquarium says Nanuq was transferred to Orlando in 1997, as part of a co-operative program to manage the genetic diversity of belugas in human care.
He has had five transfers between various SeaWorld facilities, with the most recent occurring in 2014 when he was moved from San Diego to Orlando.
The aquarium says that in 1995 Nanuq sired a female beluga named Qila, who continues to live at the
Vancouver Aquarium, and staff are deeply saddened by the death.''

Lets take a look at the life Nanuq has had in human care and at the 'compatible social group'.

Nanuq was captured in Manitoba on the 12th August 1990, along with Imaq who also belongs to Van Aqua but now lives at Seaworld. He was transported to Van Aqua on the 15th August and was put to work in the breeding programme, he currently has Qila who was born on 23rd July 1995 and is still housed at Van Aqua.

In the meantime Seaworld's beluga calves were dying.

Up to this point no calves had survived at Seaworld

This was what his life at Seaworld was all about, much the same as Tilikum's. A viable bull, even if like in this video he didn't want to be one.

Nanuq arrived at San Diego in 1997, he was moved around the parks going to San Antonio in 2005 and back again to San Diego. As you can see from the video here, Seaworld says he has to establish himself as the top bull with 10 year old Aurek, which is a direct contradiction to the statement given to the press  ''two animals that were part of a compatible social group''!!

And yet the babies continue dying, including 5 of Nanuq's own calves.

Kia's calf was still a fetus found when doing her necropsy

Of those calves Nanuq still has living -
Atla was born at San Diego to Luna she was AI'd aged 10, Luna still lives in Texas and her baby Atla was move to San Diego aged 4.


The tanks at Seaworld parks now contain
Seaworld San Diego - of 24 Belugas they now have only 6 remaining. 2 were wild caught and 3 babies

Seaworld San Antonio
San Antonio had 28 Belugas, they have 10 left.

The Beluga breeding programme at Seaworld is shocking, of all the Belugas that have lived and died in the park only 9 babies have survived and they have held Belugas since 1975, 40 years to produce 9 living babies at the expense of all those dead.

Its not just Seaworld it is the captive Beluga population in the USA that speaks volumes for them NOT being in captivity. All the parks stick together as we saw in the Beluga Importation from Russia, that were going directly to Seaworld and Shedd  and no where near Georgia Aquarium. They also swap and change their Belugas as we can see with the residents in Georgia Aquariums's tanks now.

Mystic Aquarium has 3 living and 8 dead 2 of which were wild caught and Juno who arrived from Marineland Canada via Sea World Florida.

Georgia Aquarium have 4 living who all belong to Seaworld the last 2 being only 2 and 3 years old.

Shedd Aquarium  have 7 living and 9 are dead. 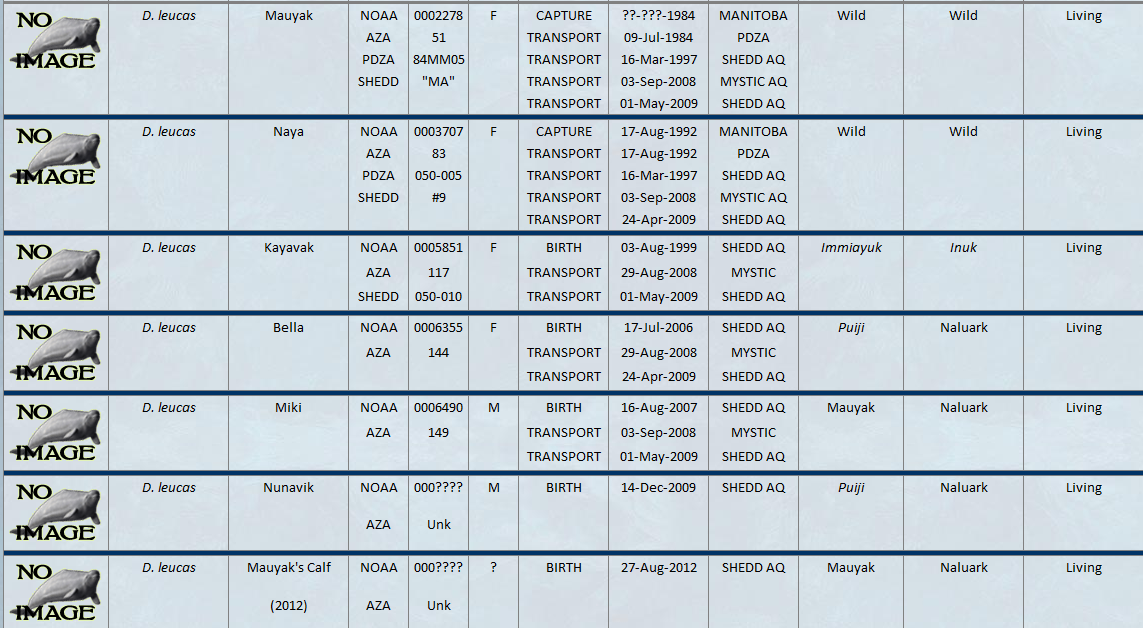 Vancouver Aquarium have the only other mother and calf belonging to Nanuq, they have 12 dead.

They currently hold 45 Belugas, 20 have been born there and 25 are Russian importations. They have 25 dead. Mystic have 1 of their Belugas and Seaworld have 3, they were born at the park but as in the transfer of Kiara the dolphin from Japan, Seaworld know the parents are Russian imports, just as they know Kiara's parents are drive hunt dolphins.

Where ever there is a loophole these people will exploit it and the above figures show there is very clear evidence that Belugas ARE NOT THRIVING IN CAPTIVITY, and it needs to come to an end.