Sad news that the Russian TINRO  Center had advertised a public procurement order to capture and deliever young killer whales captured from the Sea of Okhotsk.

According to information, the performer must organize catching one killer whales in the Sea of ​​Okhotsk. The length of the captured mammal should be 3-4 meters, and age - 3-4 years.

- After catching orca transported into the bay in the Khasan district of Central. There is an oceanarium, where scientists will study the mammal - said the agency interlocutor.


They also reported that  8 million rubles,  $204329.760
would capture a 3 to 4 year old orca from the  Sea of Okhotsk and that payment would include -
The cost of services includes expenses for the capture, insurance, taxes, customs duties, fees and other mandatory payments

For capture and delivery orca scientists suggest 8 million rubles
Beijing, September 25, PrimaMedia. Order capture and delivery of a young killer whale, also known as "killer whale", posted Pacific Research Fisheries Center (TINRO Center) on the site "Public procurement". For this service TINRO offers 8 million rubles, RIA PrimaMedia.
According to information, the performer must organize catching one killer whales in the Sea of ​​Okhotsk. The length of the captured mammal should be 3-4 meters, and age - 3-4 years.
Note that the average life expectancy of killer whales close to 35 years for males and 50 years for females. From this it follows that TINRO Center decided to catch myself cub ferocious mammal.
The documents posted TINRO Center, also said that a small whale should be taken to fully intact: the performer must use tools capture, excluding injury and death of a mammal.
Why Research Centre needed a baby "whale killer", the date of publication could not figure out. However, we can assume that after the capture of orca transported in Khabarovsk aquarium, as the place of delivery for the orcas designated Nikolaevsk-on-Amur.
For this work TINRO Center offers 8 million rubles. The cost of services includes expenses for the capture, insurance, taxes, customs duties, fees and other mandatory payments.


TINRO Center participated in the justification adjustments on killer whales for 2014 and as a result catches were allowed again. They received the quota for beluga whales in 2012, and they own the base near Nakhodka, where Narnia was kept. 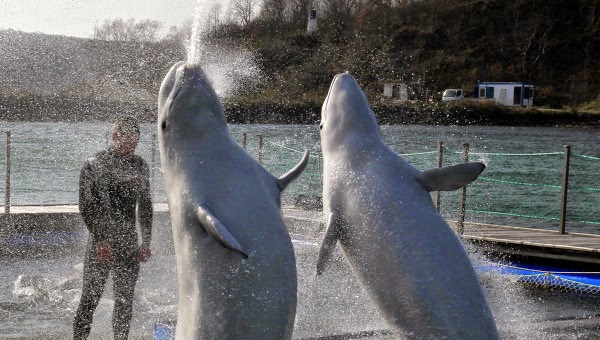 It was reported too that,  regional administration of the North Okhotsk subarea in Primorye delivered a killer whale, 32 beluga whales, 10 ringed seals. In addition, from the East Sakhalin subarea Okhotsk Sea from the island were brought Seal 10 northern fur seals, and of Chukotka — eight walruses.

Seaside Dolphinarium is located in the Bay City Hotel Nakhodka, Primorsky Krai. Its main function - research. Dolphinarium in collaboration with foreign scientists specialists Pacific Research Fisheries Center (TINRO) implementing a program of study of the biology of marine animals and their breeding in captivity. Dolphinarium also open to visitors.

Although this is a ''research'' centre all the above were taken from the wild and put on display.

Captures of killer whales occurred in Russian waters in 2012 & 2013.  Currently two whales are located at the All Russian Exhibition Center in Moscow, two whales were exported to China to Chimelong's Ocean Kingdom in Zhuhai.  The remaining six whales are most likely held at the sea pens in Nakhodka Bay (TINRO Center/Primorye). The whales were reported captured by Sochi Dolphinarium which is part of a collective/group of companies. They are: "White Sphere" (builds dolphinariums)"White Whale" (captures animals) "Aquatoriya" (operates dolphinariums). There's also "Sochinskiy delfinariy" (http://www.sochi.delfinary.com), a subsidiary of "Aquatoriya", which was a formal capturer and owner of Narnia.  Its is commonly called just "White Sphere" in Russian for short hand but that may refer to any of the three groups not specifically White Sphere.

Items of our technical and administrative management:

Dolphinarium in Hurghada is the owner of Taiji dolphins!

It is a sad day for those orcas when a research institution advertises for whale catchers. Those whales will be held here just as Narnia was until the accept dead fish 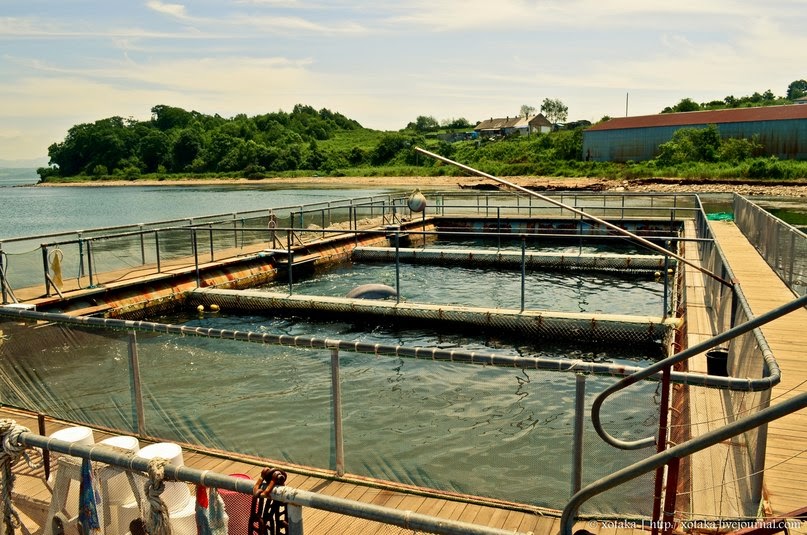