Between the 17th and 21st of January 2014 a huge pod of 250 Bottlenose Dolphins were driven into the Cove at Taiji, a record of which is on the blog.

After 5 days of hunger, dehydration, injury, suffering, families being separated,  babies being stolen and death the world spoke out in condemnation of the hunt.

Inflamed by the fact that the next day the Taiji Whale Museum and the Japanese press reported the fact that The little albino calf Angel Shoujo taken from the drive was already on display the world reacted.

The Independent also joined in releasing their report on 20th too.

After the many reports Japan then started to release some of their own as the Japanese press seemed reluctant to print anything and ignored the situation.

Chief Cabinet Secretary Yoshihide Suga gave the government's response on Monday to a Twitter message from US Ambassador to Japan Caroline Kennedy.

Reuters filmed at the cove and did their report

As the anger and horror of the drive hunt continued, many celebrities also joined in the protest, lending their voice to the campaign to get the hunt stopped.

Richard Branson  posted his support in his Virgin blog

Yoko Ono published an open letter to the people of Taiji

Kirstie Allie, Susan Sarandon, Ricky Gervais and many others listed here all joined in to condemn the hunt and try to bring it to an end.

People ask many questions about the drive hunt for example

Why do the fishermen leave the dolphins in the cove overnight before they kill them?
Why can't Save Japan Dolphins or Cove Guardians put out noise makers or their own boats to block the hunts?

Many questions have been answered here  and there are also many ways to help.

Despite the international press and members of state from other countries condemning the hunt, the Japanese government still allowed it to continue, doing absolutely nothing to address any of the issues raised. Shinzo Abe continued business as usual as the Japanese always seem to do.

The little white calf Angel Shoujo was last heard of on display at the Taiji Whale Museum, many of the dolphins captured are still in the harbour pens until they learn to accept dead fish and do tricks or die of starvation. 2 have already died in the week following the capture.

Despite knowing the world was watching, this has to be one of the cruelest captures I have seen,
this so called fisherman grabbed the dolphin so hard, he made it bleed and laughed whilst he was doing it. The sequence of events in 4 photographs are below.


One Japanese fishermen sent the world a message 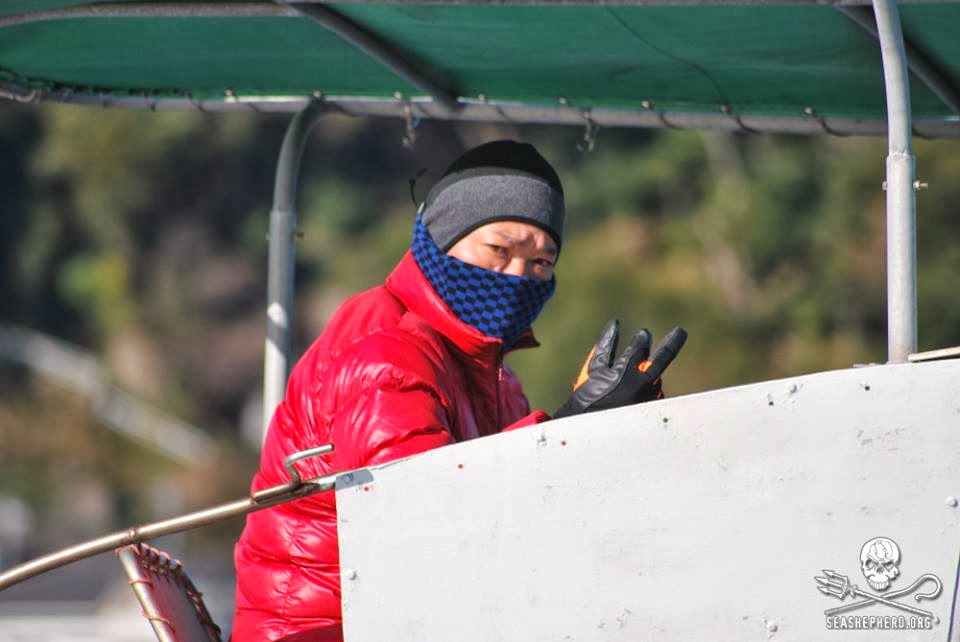 It seems only fitting that the world send them one back in return.


HELP SUPPORT GREECE AND RIC O'BARRY IN PETITIONING THE EU TO BAN ALL DOLPHINARIA IN EUROPE.
Sign the petition here it only needs another 9000 people to get to target. HERE

ISANA is the joint publication of the Japan Fisheries Association and the Japan Whaling Association. Tell them how tourism, dolphin trips etc would be better than what they do now. HERE


PRIME MINISTERS OFFICE OF JAPAN, NOW YOU CAN TELL HIM WHAT YOU THINK OF THE TAIJI DRIVE HUNT, AND WHAT YOU WOULD LIKE HIM TO DO.  Please help get this stopped.  HERE

Ask the International Whaling Commission to give small cetaceans the same protection as their larger relatives.     HERE
Airlines transporting dolphins - List is attached below and facebook and websites here
Posted by Unknown at 10:45