The Effect of Captures on the Southern Resident Orcas.

These were the orcas taken from the Southern Resident population

Haida        went to Sealand of the Pacific
Nootka 2
Kandy
Miracle 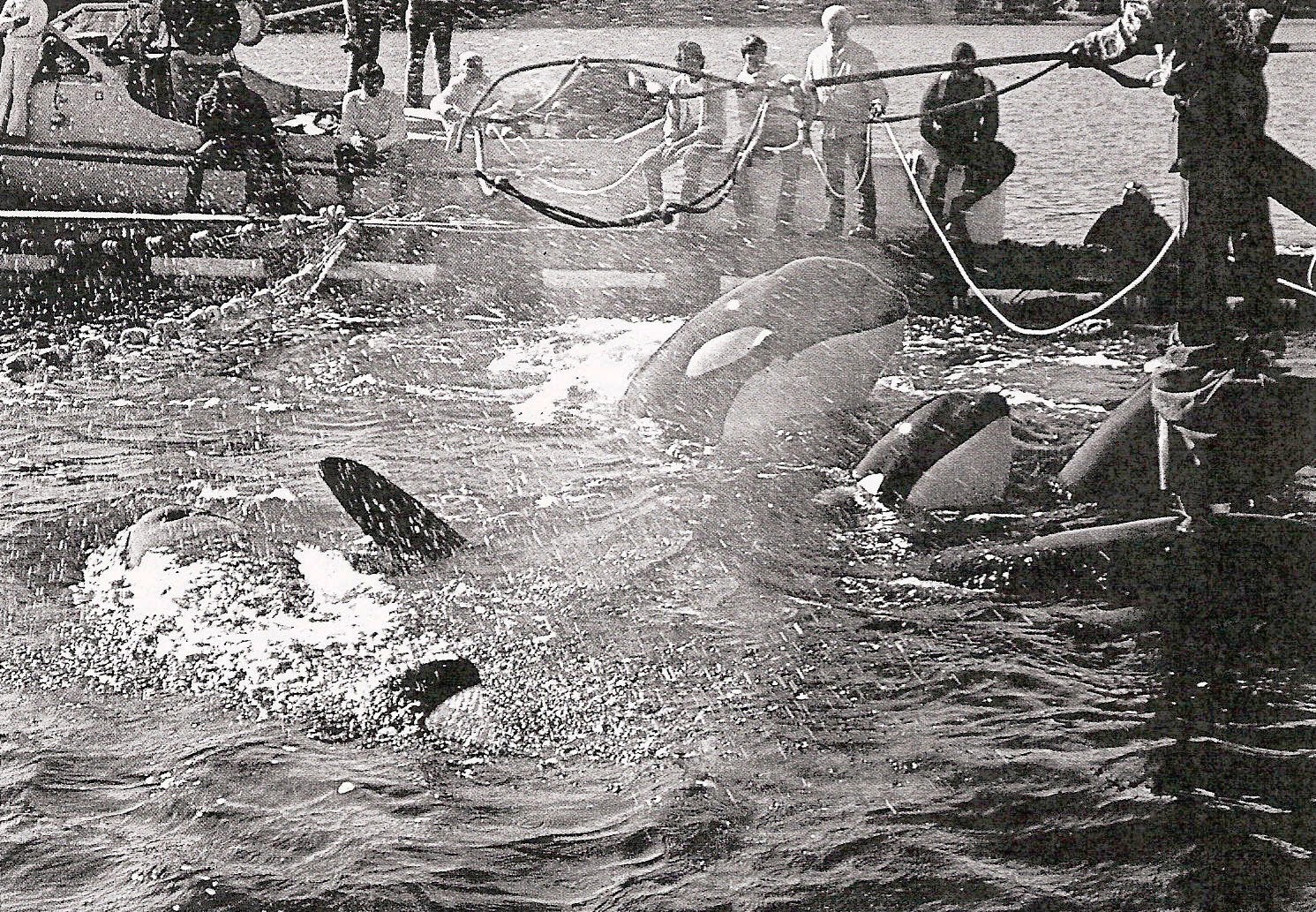 45 killer whales were captured and removed from the Southern Resident killer whale community until 1973, when the marine park industry was forced to put an end to the captures.

34 whales were removed to aquaria and marine parks of which Seaworld took the most taking 10, 11 whales died during the capture activities.

Of the removed animals only the female killer whale Lolita, captured in August 1970 at Penn Cove, is alive as of today.

When the Southern Residents were surveyed in 2004  Not a single animal was encountered that was estimated to be born between the years 1967 and 1970.

43% of reproductive females were taken from the population during those captures, which does not include the possible calves from those females too.

Added to the 45 captured killer whales, this brings the total loss to the community to about 90 animals. This is more than the Southern Resident killer whale community numbers as of today.

Because of the animals taken into captivity and the effect this had on the population the Southern Residents are the only Killer Whale population listed as endangered by the U.S. Fish & Wildlife Service. It is currently protected under the Endangered Species Act as of 2005.

Once the orca's were given protection Seaworld and the remaining Aquariums that still thought keeping orca's was a good idea moved straight on to Iceland and resumed their captures there.

There is now only one surviving orca from the captures above - Lolita at Miami Seaquarium and despite numerous campaigns she still remains there, despite her mother Ocean Sun still being with L pod.

Miami Seaquarium has just been sold, so hopefully they will allow Lolita to go back home and live out her days with the family she was stolen from all those years ago. L pod are waiting for her.

figures taken from /www.orcahome.de
Posted by Unknown at 18:21