Glory Seeking Seaworld - Not the Only Marine Mammal Rescuers! Volunteer and truly help.

A humpback calf was recently untangled from fishing gear, it was a brilliant rescue, with many agencies involved.

Sadly as you can see from the screen shot below Seaworld found it necessary to claim the rescue for themselves despite the other agencies involved.

Many of the organisations involved are non profit organisations and rescue many many animals too,  although as Seaworld are putting so much effort into deflecting interest from the plight of their captive orcas and marine mammals onto their rescues, the other aencies who are just getting on with the job in hand without blowing their own trumpets are getting little attention and Seaworld by no means has the monopoly on rescues.

Those involved in this rescue are listed below, so when you are looking at places to put your money, take your school groups or to volunteer to help the wild marine mammals take a look at some of these as the non profit rescuers need you, the for profit like Seaworld could do more themselves. 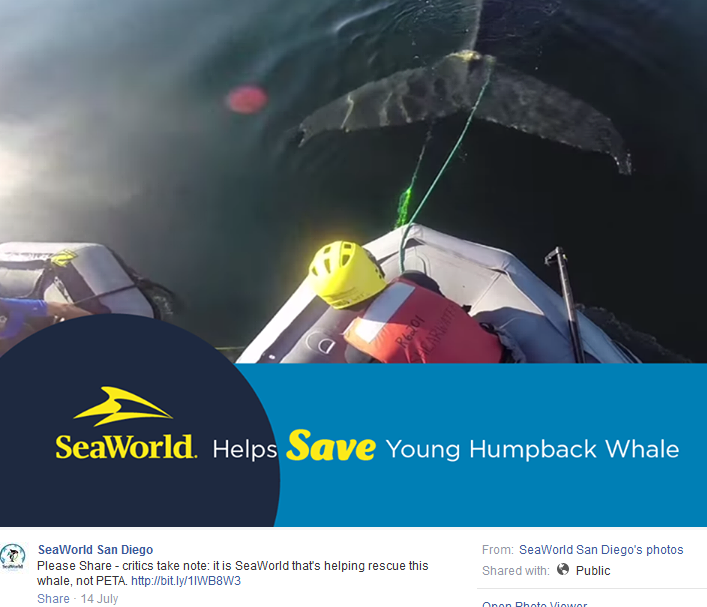 The agencies involved in the rescue included:

Alaska Whale Foundation   non profit organisation  - Established in 1996.  Nearly twenty years later, AWF continues to study humpbacks and their habitat, but with greater resources, established scientists, and ambitious graduate and undergraduate student participants.  As well, the organization has established a permanent research base - the Coastal Research and Education Center - on Baranof Island. Today, AWF is able to fully realize a mission that extends beyond research: to effect change through ambitious science-driven conservation and education programs.

Blue Ocean Whale Watch  -  this brilliant whale watching company, guarantee you will see wild whales and have a great killer whale video on their website.  Well worth a visit to see whales and dolphins as they were meant to be, wild and free in their own domain.


Clean Ocean Project  - is another non profit agency - The Clean Oceans Project (TCOP) is a 501c3 non-profit in Santa Cruz, California with a vision of an ocean free of plastic pollution. Our practical solution to plastic pollution assesses plastic debris concentrations, removes it from the environment with minimal impact and processes it into fuel to run the operation. Demonstration of plastic to fuel conversion provides a financial motivation to manage plastic as a valuable resource rather than discard it as a toxic nuisance.

Marine Life Studies   non profit organisation -   The overall research mission of Marine Life Studies is to study the foraging strategies of transient and offshore killer whales as well as investigate the abundance, distribution, movement and frequency of occurrence of other whale and dolphin species in the Monterey Bay National Marine Sanctuary.

Moss Landing Marine Laboratories Small Boat Operations   'MLML is known for a hands-on, field-oriented approach which places our students, faculty, researchers and staff at the frontiers of marine science worldwide where discoveries are being made.  MLML provides the skills and training so students become successful scientists, teachers and resource managers serving societal needs involving marine issues.'

Point Blue Conservation Science  -  no  profit organisation  'At Point Blue, our mission is to advance the conservation of birds, other wildlife, and ecosystems through science, partnerships, and outreach. Our 140 scientists work to reduce the impacts of habitat loss, climate change, and other environmental threats while promoting nature-based solutions for wildlife and people, on land and at sea.'

It was a combined effort of all the above which finally freed the whale, not just the efforts of Seaworld.

In addition to the above, there are many fabulous non profit marine mammal rescue organistions. For those who think they are 'helping' the wild sealife and protecting the ocean by visiting a marine park, you are wrong, by visiting them and making them profitable you are contributing to the problem.

If you truly want to protect these creatures and protect the ocean for our future generations why not volunteer at one of the many rescue facilities listed above, or at those listed below. Imagine he feeling of knowing you personally have helped that animal or that your money has saved one more dolphin, one more whale or one more seal.

There are many many more, just look in your local directories for your nearest, in the meantime here is a list of contact details for you and some instructions on what to do if you find a stranded animal. 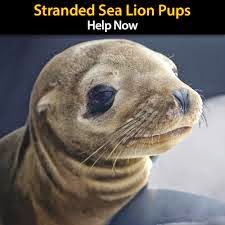