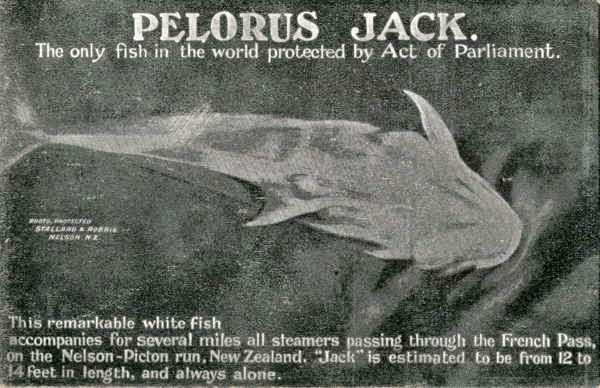 The Amazing Story of Pelorus Jack

Pelorus Jack ( 1888 – April 1912) was a Risso's dolphin that was famous for meeting and escorting ships through a stretch of water in Cook Strait, New Zealand, between 1888 and 1912. Pelorus Jack was usually spotted in Admiralty Bay between Cape Francis and Collinet Point, near French Pass, a notoriously dangerous channel used by ships travelling between Wellington and Nelson

Although its sex was never determined, it was identified from photographs as a Risso's dolphin, Grampus griseus. This is an uncommon species in New Zealand waters, and only 12 Risso's dolphins have been reported in that area.

Pelorus Jack was first seen around 1888 when it appeared in front of the schooner Brindle when the ship approached French Pass, a channel located between D'Urville Island and the South Island. When the members of the crew saw the dolphin bobbing up and down in front of the ship, they wanted to kill him – but, fortunately, the captain’s wife was able to talk them out of it. To their amazement, the dolphin then proceeded to guide the ship through the narrow channel. And for years thereafter, he safely guided almost every ship that came by. The area is dangerous to ships with rocks and strong currents but no shipwrecks occurred when Jack was present.

Over the years, his fame grew. However, his celebrity attracted not only well wishers.
On one sad occasion, a drunken passenger aboard a ship named the Penguin took out a gun and shot at Pelorus Jack. The crew was furious, and when they saw Jack swim away with blood pouring from his body they came close to lynching the passenger. The Penguin had to negotiate the channel without Pelorus Jack's help, as did the other ships that came through in the next few weeks. But one day the dolphin reappeared, apparently recovered from his wound. He had evidently forgiven the human species, because he once again proceeded to guide ship after ship through the channel. When the Penguin showed up again, however, the dolphin immediately disappeared.

For a number of years thereafter, Pelorus Jack continued to escort ships through French Pass - but never again the Penguin, and the crew of that ship never saw the dolphin again. Ironically, the Penguin was later wrecked in 1909 and a large number of passengers and crew were drowned, as it sailed - unguided - through French Pass.

He was one of New Zealands greatest tourist attractions. The London news described him in 1906 - 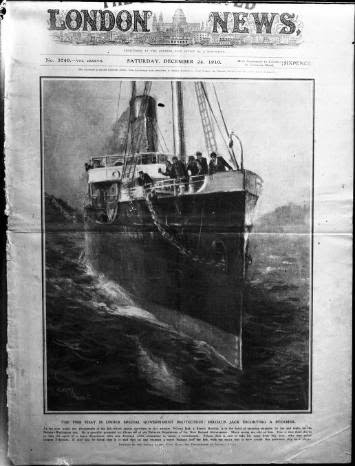 "For the last twenty years no steamer has been known to pass this Sound unaccompanied, for at least part of the way, by a large white fish, part shark, part dolphin, called Pelorus Jack...... He is first noticed leaping out of the sea in the distance, but in a few moments is swimming through the water just in front of the ship's stem. Sometimes he remains only a few moments leaping out of the water and swimming just ahead; then he shoots away out of sight. But at other times he stays for quite ten minutes. He is said never to come to sailing ships or wooden-bottomed steamers; but no matter which way a steamer crosses the Sound, whether by day or night, Pelorus Jack is always in attendance as a sort of pilot."

Mystery surrounds Pelorus Jack’s death. Many believed that he was harpooned by Norwegian whalers, anchored off the entrance to Pelorus Sound in late April 1912. There is an account of an anonymous deathbed confession by a man who said he helped his father kill a dolphin stranded after a storm. They later realised it had been Pelorus Jack. Although there had been no alternative, the man was haunted by his action for the rest of this life.
Charlie Moeller, who maintained the marine light at French Pass, claims Pelorus Jack was washed up on a beach, where his carcass rotted. This latter account is likely; the dolphin was at least 24 years old, and probably died of old age.
The legend of Pelorus Jack lived on after his death. A chocolate bar was named after him and he is the subject of a number of songs and a famous Scottish dance.