Incident Numbers at Parks who have held Killer Whales 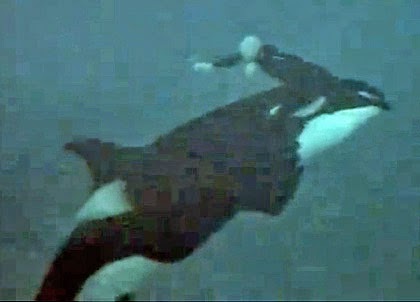 Incidents between orcas and trainers since the parks opened make one park stand out as having a problem.
4 people have died and they are all from the same park and their orcas.
It is also interesting that Loro Parque holds Seaworld's orcas and is the newest park to open. Since its opening in 2006, it has already had 4 incidents and one death caused by Keto a born and bred Seaworld orca.

Of 138 recorded incidents across the parks, 95 have happened at Seaworld.

Seaworld also state that they have happy contented orcas living idyllic lives, but the figures below show a different story. It seems a strange coincidence, that Kamogawa has a matraline of Icelandic orcas, with Stella as the matriarch all naturally bred.  Antibes also has Icelandic orcas with Freya as the matriarch, all barring the last being naturally bred,  none have been separated from their mothers, none have been mixed as a fake family unable to make a bond before being moved again, and none are hybrid mixes.
Maybe Seaworld moving orcas around the parks, separating mothers from their offspring, AIing young orcas and creating hybrid mixes with no conservation value what so ever needs looking into more in depth as there is some reason for the attack rate being so high at Seaworld and maybe the way they have been with their orcas is the reason, and as apex predators, their orcas are protesting in the only way an apex predator knows how.

The autopsy reports for the 4 people killed by orcas in the tanks also show a different story to those given, especially that of Daniel Dukes, which shows he did not die of hypothermia, he had more pre death injuries than post death and there were no drugs or alcohol in his system.

Something is wrong with keeping orcas in captivity, they can't speak for themselves, they can only show people in the only way they know how. It is time to empty the tanks as they can't speak any louder than they are doing and the figures above prove that theory.